ASV Harry has just completed his acceptance trials and there were a number of tests that we performed which are unique to ASVs, which I thought I would share. 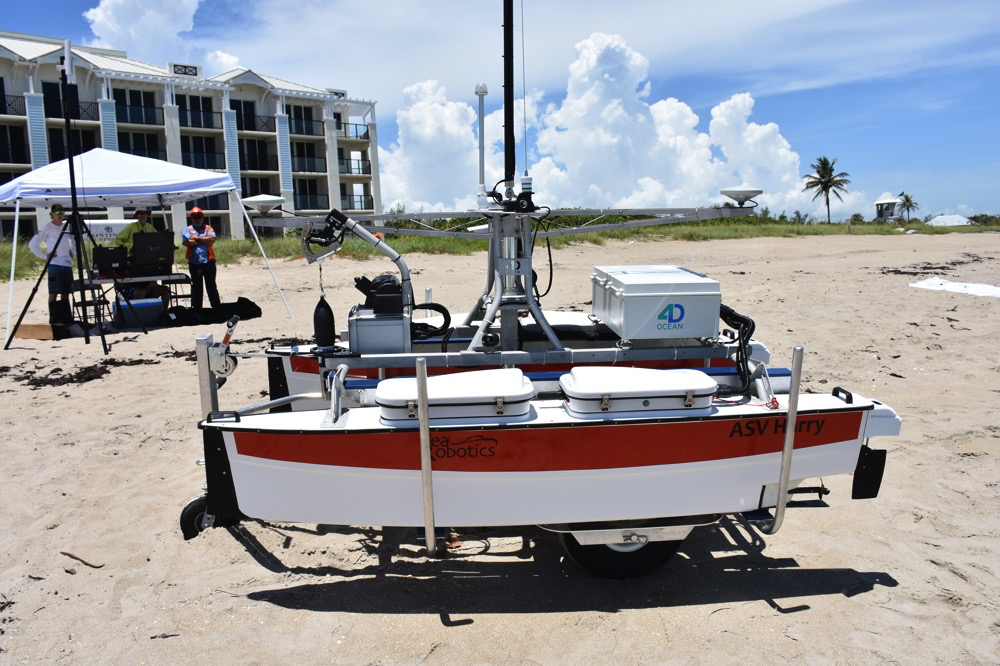 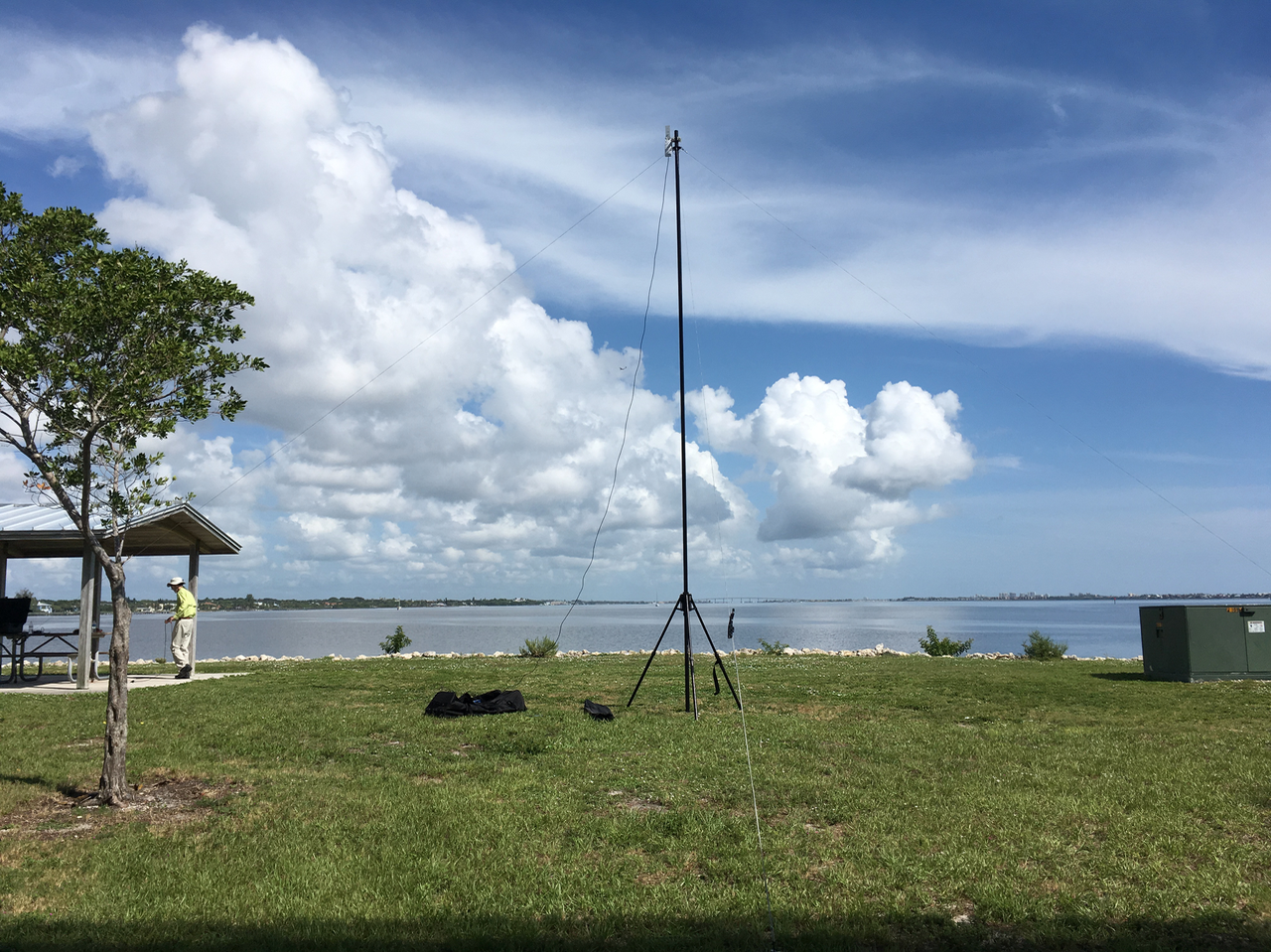 The SeaRobotics ASV is autonomous but it is always good to see what is going on and how do you communicate nowadays – by Wifi of course. Harry is fitted with an airMax 5.8 GHz 360 deg antenna and the base station has a 180 deg transceiver which can also be focused. The theoretical range is 6 km which will then become the actual operating range of the ASV so this needs to be tested. Stuart, Florida has a handy set of bridges that cross over the Inner Coastal Highway which happen to be approximately 6 km apart. The image is of the base station antenna installation. Harry was driven to the bridge in the distance and actually ended up 6.2 km away. The test was actually quite simple – turn on the ASV batteries and then connect to the onboard video camera. The result – streaming video at about 2 Mb/s for 6.2 km away. 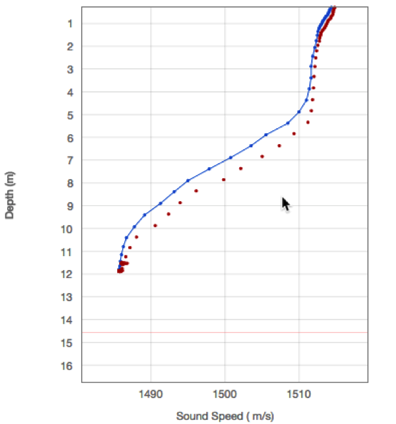 It is impossible to conduct an accurate hydrographic survey without measuring the full sound velocity profile but how do you take a profile when you are not on the vessel? You might say that “I work on lakes and rivers, surely that isn’t necessary?”. Well the initial test was done in the small lake behind SeaRobotic’s workshop and this is the profile. 20 metres per second difference in just 12 metres of water. So yes, you need to take sound velocity profiles in lakes and rivers too. There is no getting around it if you want to be accurate. 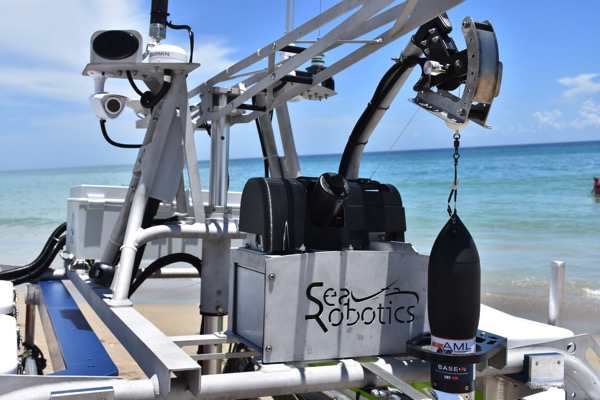 The SeaRobotics control software allows you to setup profiles either to a set depth or distance off the bottom (from the multibeam nadir). It also enables the profiles to be performed at a set time interval or just manually. We set it up for 1 metre from the bottom and pressed go. The ASV was put in standby mode so that the cable would not become tangled but it could also have been put in auto heading mode with the ASV facing down stream so that the winch cable would payout away from the ASV. All worked seamlessly.

Line steerage and transiting to the next line

An ASV that doesn’t follow a planned survey line isn’t going to be very useful so this is an obvious test to make. As it turns out most ASVs are better than humans at steering a boat along a line. What I was really interested in trying here was Hypack’s new Autoline feature which makes a new survey line based on the sonar coverage and how much overlap is required.

There are two ways that the SeaRobotics controller can be used to follow lines, either the survey line plan can be imported into SeaRobotics own software which will then be used to guide the ASV or an autopilot string can be output from the acquisition software. The latter is the best way for conducting the survey as you then only need to change survey lines or their order in one piece of software. With the Autoline function then the ASV must be configured to receive the autopilot string as the next survey line is made on the fly.

The ASV tracked very closely to the survey line. The Autoline function also worked well. There were a few issues at the end of the survey line but that may well have been me needing to tweak the settings and not having enough time to really get into it. Harry arrives next week so lots of testing will begin shortly. 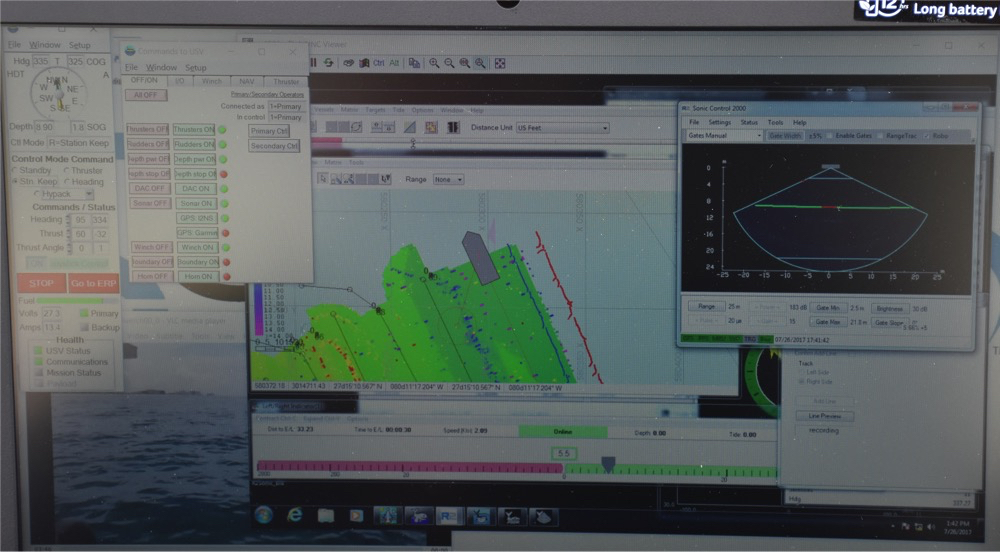 This image shows ASV Harry coming to the end of a survey line with the new line being “written” on the fly in red to the starboard. The blue line shows the amount of overlap based on the red line being surveyed.

I’ll be blogging about the tests I’ll be conducting in the next couple of weeks followed by the first truely autonomous, hydrographic survey on the 20th September!